According to the Virginia Department of Health - Center for Health Statistics, the County of Pulaski has seen a recent rise in suicides. Pulaski had nine suicides in 2010 (last reported year) up from six in 2009 and two in 2008. The nine suicides in 2010 represent a rate of 25.8 suicides per 100,000 people, which is one of the highest rates in the New River Valley. The most recent national numbers had the overall American suicide rate at 12.4 per 100,000 people. The recent rise corresponds with a broader elevation across the State of Virginia which has seen a consistent rise since 2000. 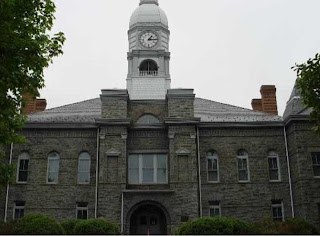 Pulaski, Virginia does not have any programs dedicated solely to Suicide Prevention and Awareness. Pulaski does have a host of wonderful community services that address a variety of issues. The Pulaski Community Partners Coalition (PCPC - www.aboutpcpc.org) has programs that address addiction, substance abuse, and other programs that assist the youth of the community. In addition, there are many national suicide emergency hotlines (800-273-TALK) that are accessible to everyone.

Run Hope Live is about Suicide Prevention and we believe prevention begins with education and learning about the warning signs to watch for in our loved ones. We are setting out to educate and have plans to take our message of hope across the nation. As we begin we will be starting right here in our own community. Follow us on Twitter (https://twitter.com/RunHopeLive) and Like our Fan Page (http://www.facebook.com/RunHopeLive) to stay up to date with all of our developing plans.