A Great Month of Progress 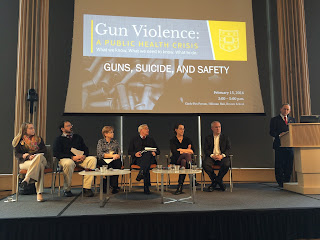 February has proved to be a productive month in suicide prevention for myself and Run Hope Live.

I had the opportunity to attend the “Guns, Suicide and Safety” seminar at The Brown School of Washington University in St. Louis. I was amazed at the pilot efforts already underway by Gun Groups who are working to educate gun owners on the dangers of suicide, and safety

measures for prevention. The highly respected panel present at the seminar included some of the brightest minds in gun safety, and suicide prevention. As much as 60% of gun violence deaths in our country are from suicide…leading to over a 2 billion dollar problem for our healthcare industry. 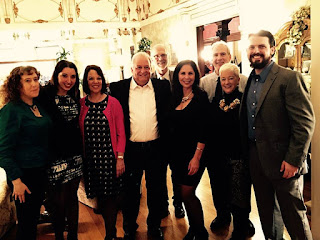 In early February I attended a fundraiser in St. Louis for an up-coming documentary titled "Do No Harm." It will be a film that exposes the silent epidemic of physician suicide. The film by Emmy award-winning Director Robyn Symon will shine a spotlight on the city of St. Louis which has become a national leader in an effort to save the lives of young doctors and fix our broken health care system. Author Dr. Pamela Wible was present to sign copies of her recently published book titled "Physician Suicide Letters." To learn more about the event or the film please check out the link below: 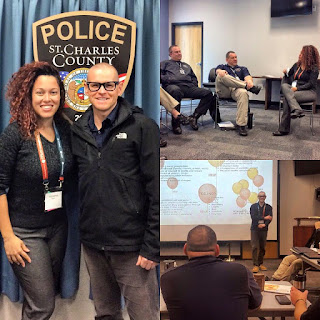 Adrianne Martin and I (both from Provident Inc.) just wrapped up our two-day Applied Suicide Intervention Skills Training (ASIST) for the fine police officers of St. Charles and O'Fallon (MO). ASIST is such an amazing opportunity for people to challenge themselves with how they think about suicide. Adrianne and I were blessed with a new powerful perspective from the police officers who have extensive experience in many aspects of suicide. Anyone interested in attending an ASIST workshop can email me (runhopelive@yahoo.com), and I will be happy to put you in contact with a trainer in your area.

Now that the weather is warming up and my body is rounding back into shape for running…I look forward to doing more Run Dedications as previously promised. I have a lengthy list of people yet to run for, but feel free to make a new request by messaging me on the Facebook Fanpage (www.facebook.com/runhopelivesaves)…or email me (runhopelive@yahoo.com).

March is looking promising as well for suicide prevention. I will be offering an Applied Suicide Intervention Skills Training (ASIST) workshop to a group from the Missouri National Guard, as well as facilitating two Adult Survivors of Suicide support groups in the St. Louis Area (Olivette & St. Charles). Also, I am looking forward to attending the annual American Association of Suicidology (AAS) conference held in Chicago at the end of the month. If you have plans on attending the conference as well…let me know so we can touch base while we are there. Thank you everyone for the amazing support as I work to end suicide!
By Run Hope Live
Labels: Anthony Smith, ASIST, Do Not Harm, Guns, National Guard, Run Dedication, Run Hope Live, Safety, St Louis, Suicide, Suicide Prevention