How AI Can Eradicate Suicide by 2050 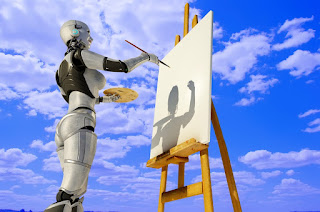 I worked in the service industry for 12 years and was forced daily to face the reality of automation and artificial intelligence (AI). Each year it took more and more jobs from my former employer...making all of us very nervous. And there was no going back! Everywhere we look in today’s culture we are smacked in the face with automation and artificial intelligence. Many people can’t look into the future without considering the possibility that their career choice could eventually be replaced by artificial intelligence…at some point. Warehouse, call-center, and assembly line workers have all taken notice already. Many more job fields will be added to the unstoppable AI train as time goes on. One thing I have never done is considered how AI could potentially impact my new profession of mental health…until now!

The industrial revolution beginning in the 1800s presented a huge need to fill the factories with workers. By the 1940s this eventually led to both parents leaving the home to work. As a result, the family began to deteriorate slowly generation by generation. This breakdown of the family structure correlates with the rise in individual insecurities, anxiety, depression, and suicide. Once AI takes all service jobs away within the next 50 years…families will be afforded with the opportunity to reconnect. WARNING, the suicide rate could get worse before it gets better! There may be a generation or two of workers displaced by AI leading to some negative effects in the near term. But, once the estimated 17 trillion of net value generated by AI savings starts to increase hourly wages in the helping fields…we will reach an equilibrium.